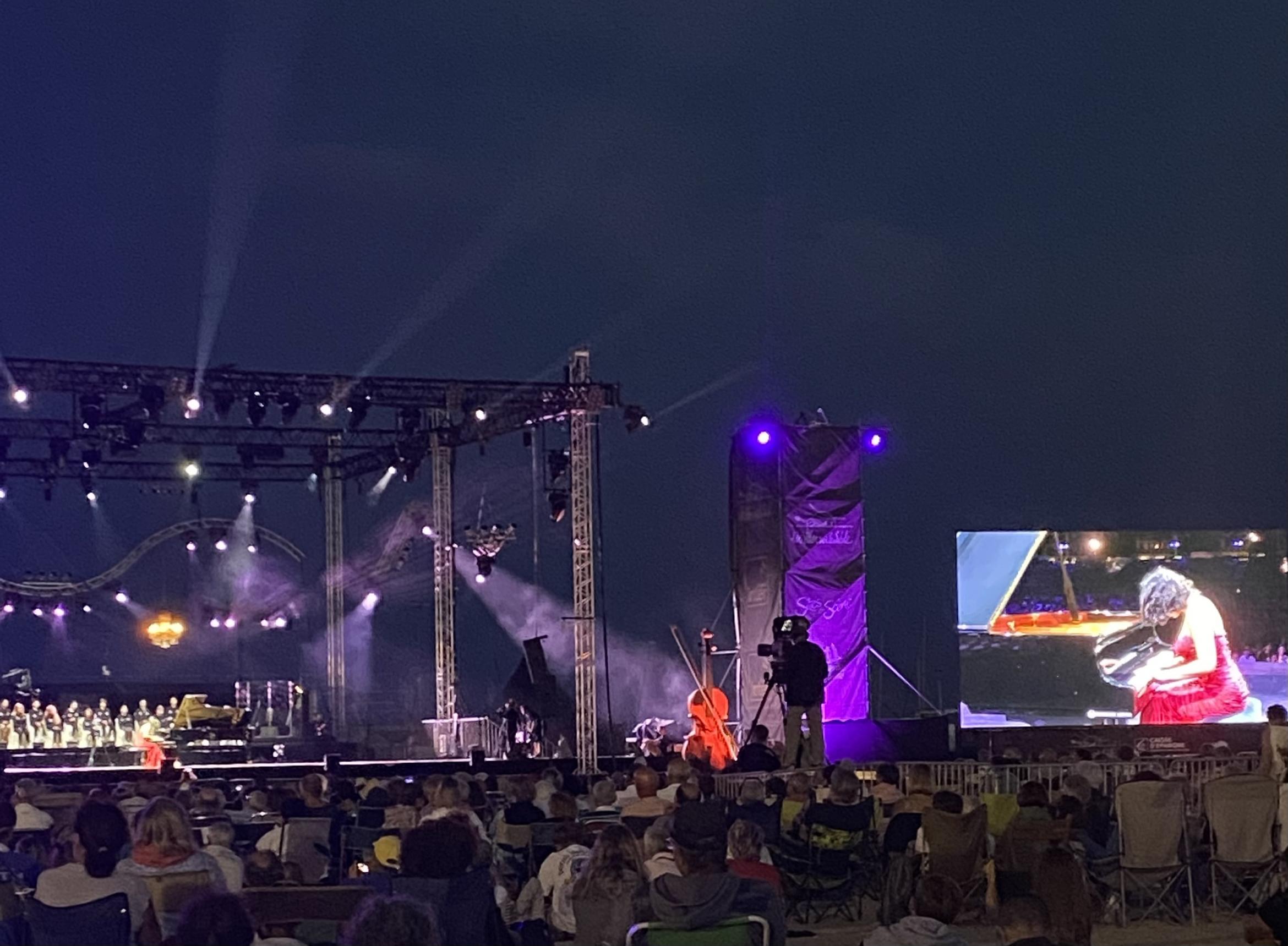 We have a lull in visitors, having said good bye to the last one this morning. So it means I can catch up on many things, and one of them is writing about what we have done. I see it as a way of keeping a sort of diary, as so many things happen that I find amusing, and I would not like to forget them.  And also because some of the Domaine de la Salle facebook page readers are kind enough to say they enjoy them, so thats a nice feeling too.

So last week we did something that we have known about over the last few summers, but not quite got around to organising ourselves to go to. Its one of the evenings on the beach in Royan which are hosted for a week in summer, with the title of ‘a violin on the beach’.  They have a variety of different classical music to choose from. The pianist, Katia Buniatishvili, always plays, and this year she was giving an hours piano recital on her own. I bought tickets as a surprise for Jono, as he secretly thinks she is rather gorgeous, and I am not the jealous type. There was a little group of us who set off early, as we had no idea how it worked,with parking and entry and so on. We soon saw that there was not much need to pay for tickets, as the enormous area of sand infront of the stage is kept free, and people can just pack their beach chairs and picnics, and enjoy the concert. I think its such a good idea on the part of the town. The other thing they did, was that a group of piano students were invited to sit on the stage, to see her play and get a feel for what it is like performing to a public. What a brilliant idea. She played all the well loved classics, and after an hour, and a little encore, said that she loved coming to play here because of the relaxed atmosphere. I suppose she meant the people lounging around on the sand in their t-shirts and shorts. She said she thought it was a better way to appreciate music than in a stuff concert hall, which is what she does the rest of the year.  I totally agree with her.  One of the reasons we don’t go to so many concerts, is that I hate sitting there in that chair all night, like a prisoner. I would like to be doing things while I listen, lounging, or be able to move around.  Which last night, we were able to do, when we drove to Jonzac to see a fantastic Jazz trio ( actually there were five of them.  It was held in a courtyard, and there were not really enough places. So those of us who arrived late  were able to stand up at the back and have a groove. I have never enjoyed a concert so much.  Tcha Limberger if you want to look him up, and it was gypsy jazz. Absolutely fab. 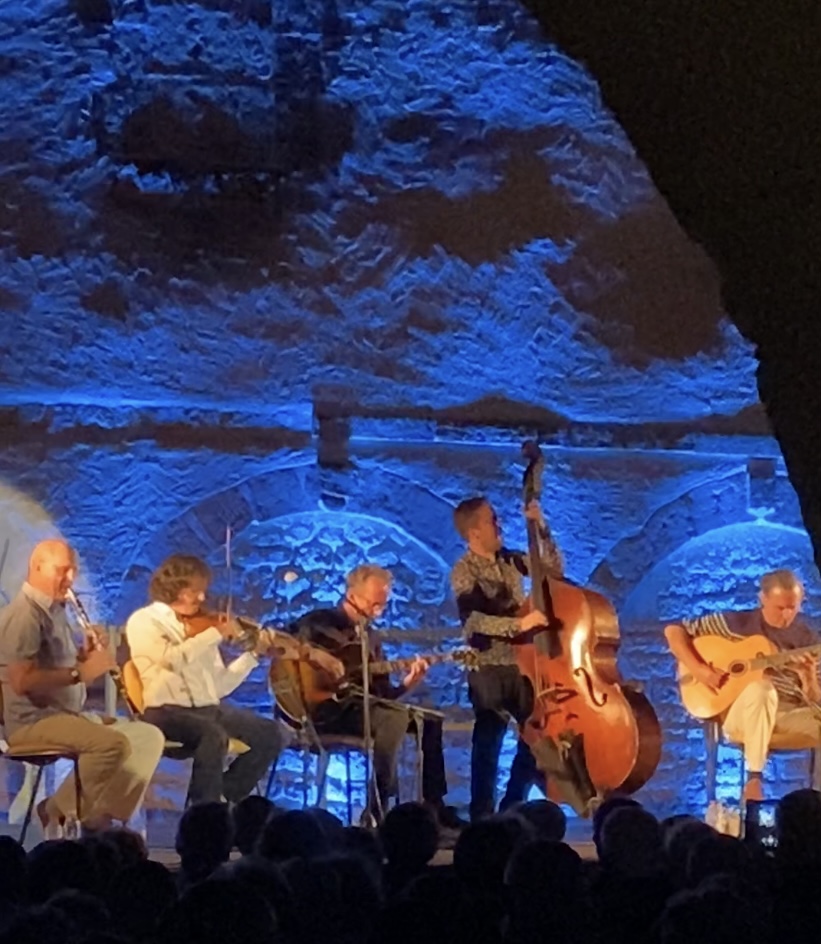