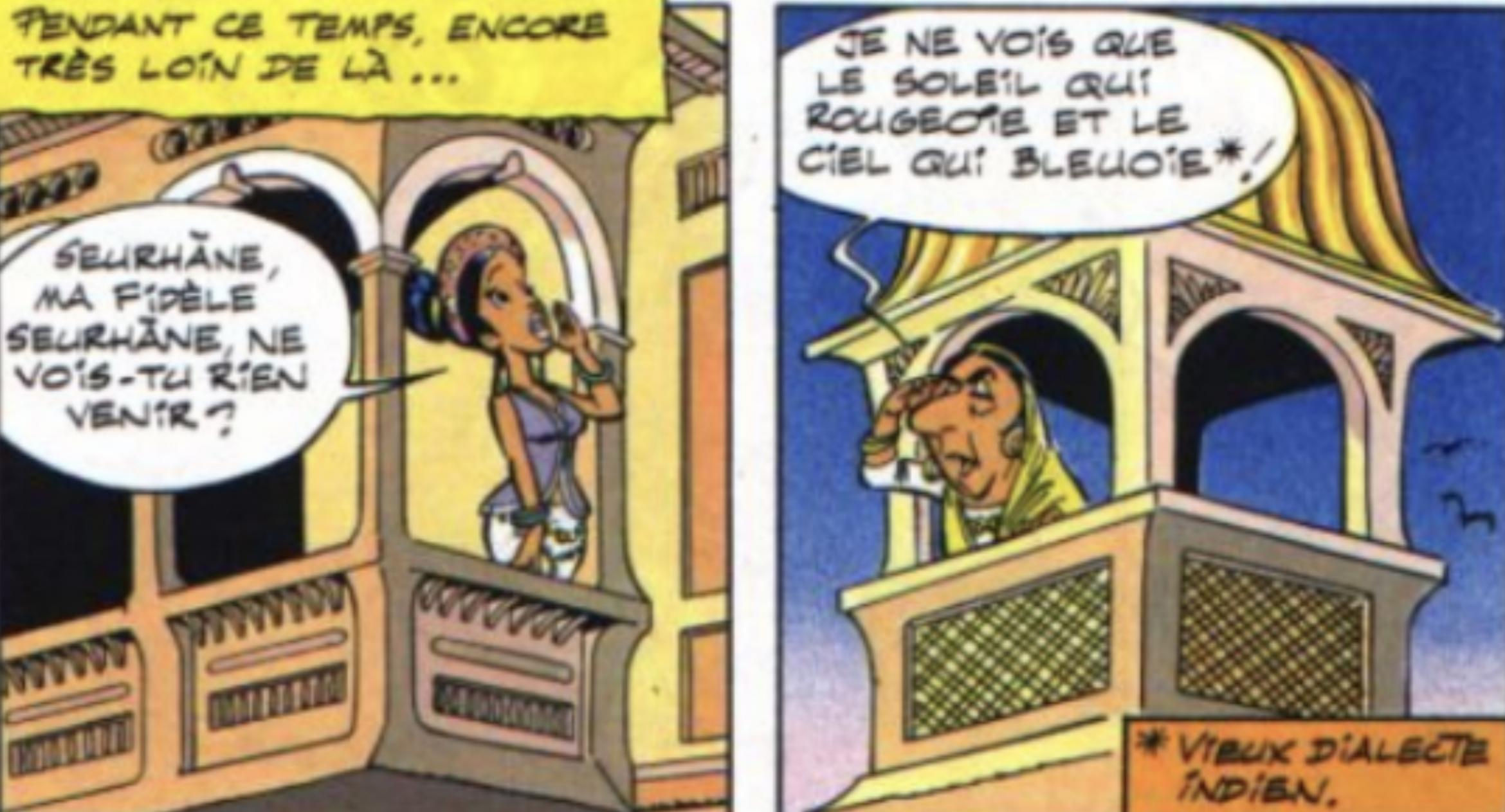 So the rain dances have not worked. The weather forecast shows no rain for the forseeable future. I keep thinking of the cartoon bit in Asterix and Obelix where Rahazade is desperate for rain ( lest she should marry the evil and ugly wizard), and her faithful servant from up in the tower, sees only blue skies and red sun. Indeed.  I have used this story before I am sure, but now I have the picture !   The well has run dry and there is a ban on watering the outside. Although its not extremely clear. We appear to be allowed to water young fruit trees in the dark hours. And that is what we have about 80 of. In a dry field with dust and glaring sun. So at night, we run a hosepipe from the watering system up through an ‘oeil de boeuf’ window in the old stable, along to another hosepipe connector and eventually onto a tap that works. So I hope the orchard will not give up the ghost before it has even started.  But as for all the other outside areas…. Jono spends the evening wandering down to the potager to keep the tomatoes and beans watered. He is using the stagnant water from the old concrete tank -  the one in which a chicken died if you remember the Dora story but we kept that water in case of drought, which is now the case. It had about half a metre depth of water, with a thick layer of algae on top. Must surely be rich in nutrients if you ignore the chicken bacteria. Anyway I had bought a pump, and we have it working now, with a bit of net from my sewing atelier, carefully protecting the pumps outer mesh, so that the algae don’t block it up. It is working a treat. Waste not, want not.  As for all of the rest of the garden, well we have now taken the washing machine out pipe and put it into a large barrel, where it is giving us a good source of grey water. Only we are exhausted ! It takes about three hours every evening, watering all that needs watering because the number of journeys to and fro, with the watering can.  I think how it must have been if I had not planted a mediterranean style garden that can manage heavy sun and little water ?

We had plans for rain water storage, but our roof is still not done, because of a shortage in roof tiles. The storms that destroyed roofs has created extra demand, and as the price of electricity has skyrocketed, the manufacturers have moved their production to Spain. With a large backlog.  So this year, priority number one will be to create a good water storage system that will save us in future summers. I am thinking of an above water system with several barrels, so that the pressure makes it self propelling if you see what I mean.  An under ground one is not practical as you can’t drive over that area in future, and also you need a pump which needs electricity. Seems silly to do that.

The boys have taken the tractor into the forest to fill up the water troughs, so that the wild life can drink.  We saw that one of the wilding bee hives has no more bees. Was it because they were suffering in the heat ? Surely not. or did they swarm when a new queen was formed ? We think a second hive may have emptied.  Just incase, I will see if I cannot put a large vat of water nearby with a floating bit of wood. In the meantime, the farmer at the end of the property is dousing his fields with water so copiously, that we drive through rivers to get home. It is from a pump that takes the water from underground. The water table is as low as it has ever been according to the newspapers.

The day times are spent indoors making enormous amounts of ratatouille, and also Jonos lovely italian tomato sauce, for the winter.  I have bought the glass jars like the french do, and fill them up, sterilize them, and then label them. The larder is groaning under the weight. Jono has been asked to put up more shelves, and he is busy in there now. Best place to be as its the coolest room in the house. We discovered that there are only 6 bottles of elderflower champagne left. It needed to have some of the air released, so we stood there carefully unscrewing the lids only a little, letting off pressure. Last year I was so precious about the bottles that we still had some when the next years season came around. That won’t be the case this year.  I have also made some lamb stew with all the summer vegetables, some chicken and peppers stew that I use as a shepherds pie, only I make a corn crust to go on top. And some faisenjahn. A recipe that my dear Iranian friend taught me ! All in glass jars, so we can be lazy in winter.

And lastly for that rather odd bulletin, is that three hens are broody again. We have already had four clutches, but it seems the cycle is starting again. And Bessie, bless her, is one of the broody hens. She is terrible at sitting on eggs as she keeps getting off for a wander, but she is a very good mother once they are hatched. I may keep some of her eggs under the better sitting hen. Just incase.