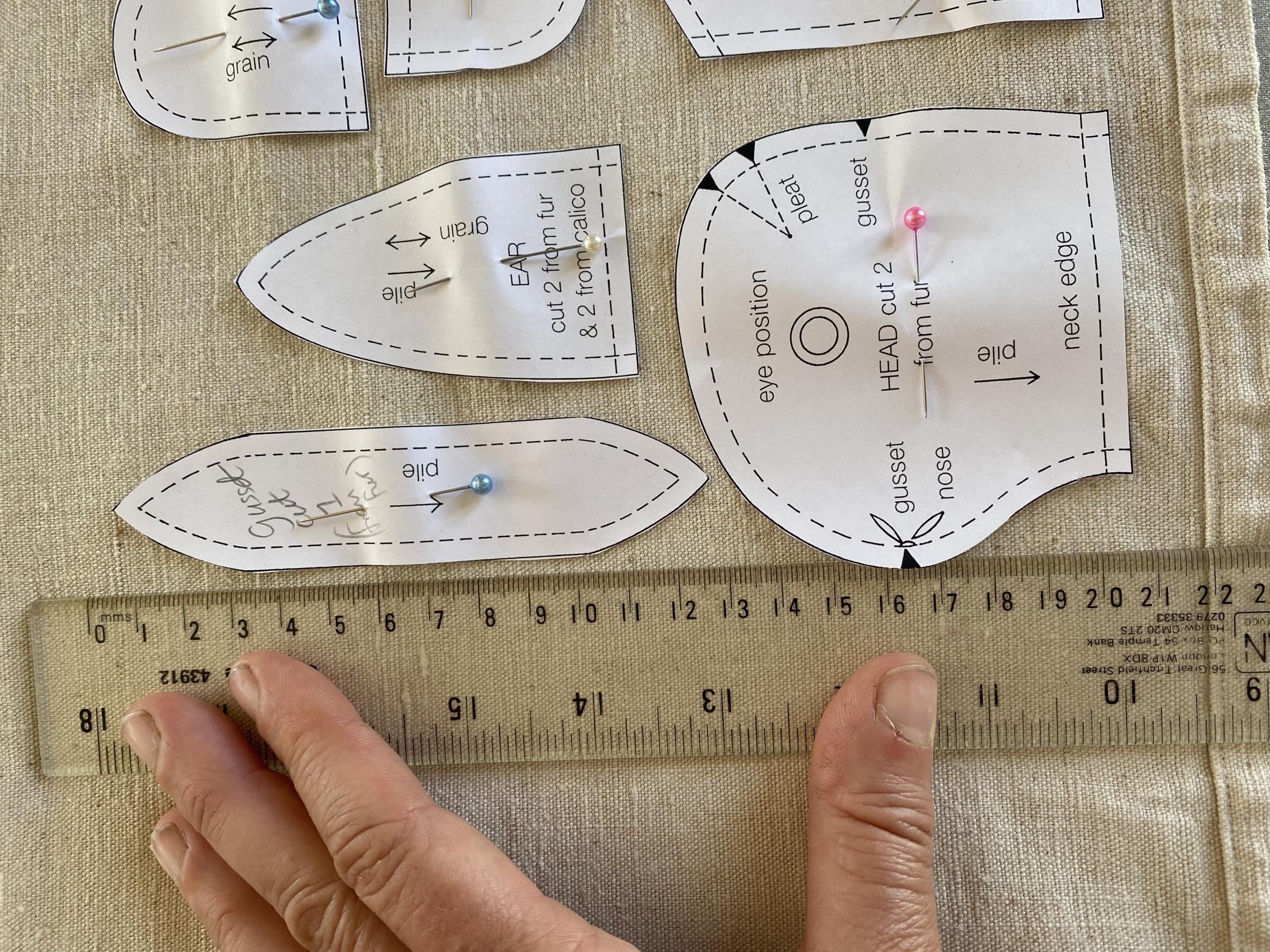 I am working on the La Salle hares which will be what we make at the first workshop in September. It looks as if they will be called Aubert and Capucine. I have made the first sample, which I dressed as a ‘gentleman farmer’, in velveteen breeches, with a cream and green stripe ticking waistcoat, and a brocade jacket.  He was a little on the thin side, and so difficult to turn inside out. That has now been improved with Capucine. She will be a little more rounded, although I doubt anyone will notice except me. I am sitting up in the sewing atelier on my own, appreciating the calm. The windows are open as there is a fresh breeze, bringing in the smell of the rain on grass. Its taking me straight back to my childhood when we spent summers in Germany, and rain was something so special after our lives in the desert.

And now, after that very long dry period here in the Charente Maritime, which turned to some rather hot days, we were so grateful for the heavy storms and what rain they delivered. I am hoping for more, if the weather app can be believed. On Monday I went to the monthly ‘foire’ at Pont L’Abbe d’Arnoult.  Monty dropped me as he was getting some parts for the dynadrive in the tractor spares shop. I went straight to the poultry sellers trucks that are parked a little around the corner. They were already packing up even though it was not yet 11.  The first man with an intriguing name something like ‘Orlovski’, said it was too hot, and the chickens would not manage.  I saw that he had one that had died in its plastic cage. He had taken the others out.  The sun was shining and it did seem to be quite hot, even though at 29 degrees, nothing like the 40 degrees of Saturday.  He didn’t have what I was after, and I went to the next man who was rather short and burly, in a blue pair of dungarees, packing away furiously.  He had what I wanted : two genuine Marans chickens that lay the chocolate brown eggs. My only marans had been half eaten by a fox in April, when it had decided to spend the night in the potager instead of returning to the palace at night. Thats because the palace had moved from the bottom field to the top field, and that must have disorientated her.  These two chickens looked a little different to the one I had had before. They seem to have a curved beak at the front, and are shorter. Very soft feathers, and very feathery legs ( the last one did too ).   How did I get to chickens again ?

Anyway I bought my two hens, and Mr Orlovski looked put out that he hadn’t had what I wanted. He gave me his card, and I said I would be coming for an ‘Azure’ shortly.  I then wandered round to the main bit of the foire where the square ( its actually a rounded triangle ) was full of market stands. The usual hat stand was there, and I picked up two straw hats for the constant stream of young men that come and help out. Montys friends quite often, or a stray workawayer.  I then went over to the man selling artichokes, onions, potatoes, aubergines and peppers. Oh and garlics. A huge pile of them.  I took some of everything, and he was so pleased with his sale, that he offered me two enormous white onions.  He said he was struggling with the heat.  I was too. Infact, I have noticed that after the heatwave, everyone is struggling, even two days on. Is there such a thing as post-heatwave syndrome ?  I think we all have it in this house.

Monty came round and as there was a parking space, he had time to wander off and find a belt for his work trousers.  Thats the sort of place the foire is. You can get everything from kitchen knives, spare tyres for your wheelbarrow, chickens, potatoes, mattrasses, sewing threads and embroidery kits, locally produced spirulina, and charentais socks. And everything inbetween.  I always feel a bit cheated when I realise I have missed the foire.

So having had a salad lunch now I will go back up to the atelier to finish off Capucine the hare. Then I will take some photographs, and see if anyone will join me for the September hare making weekend !   I suppose I should do something about the September breadmaking and good wine weekend too.